Westinghouse has continued to use the 476 model number on the front of their ovens for many years and this regardless of the fact that they have made significant changes to the model throughout that time. This article mainly deals with the newer models which use flame rectification but scroll to the bottom if your oven uses the glow element type of ignition.

If it makes sparks but no fire :
The Westinghouse 476 / 650 gas wall oven can be heard making sparks as it attempts to ignite the gas when you first turn the oven on. This oven operates by shutting off the flame completely when oven temperature has been reached. When the oven cools down a little, the oven can be heard making sparks to ignite the flame again.

Sometimes the gas doesn’t light and the oven is programmed to attempt ignition a limited number of times before it stops trying. This is so that the oven doesn’t become a bomb and explode when ignition is successful. The grievance that end users have with this is that the oven doesn’t sound an alarm or give you any warning that it has not relit after its two twin attempts and the oven goes cold. Without warning, you end up with a cold oven and your meal needs some urgent repair work.

The reason for the trouble is simple really (assuming your oven is still able to make sparks at the ignition probe). If you can hear your oven making sparks and it isn’t lighting, then it’s just that the sparks aren’t passing through gas. Air doesn’t catch on fire as you know and gas doesn’t catch on fire without a spark. The ignition probe is mounted through a thin metal bracket which bends easily. The ignition probe needs to be in a position that is well suited to igniting the gas escaping from the burner ports. 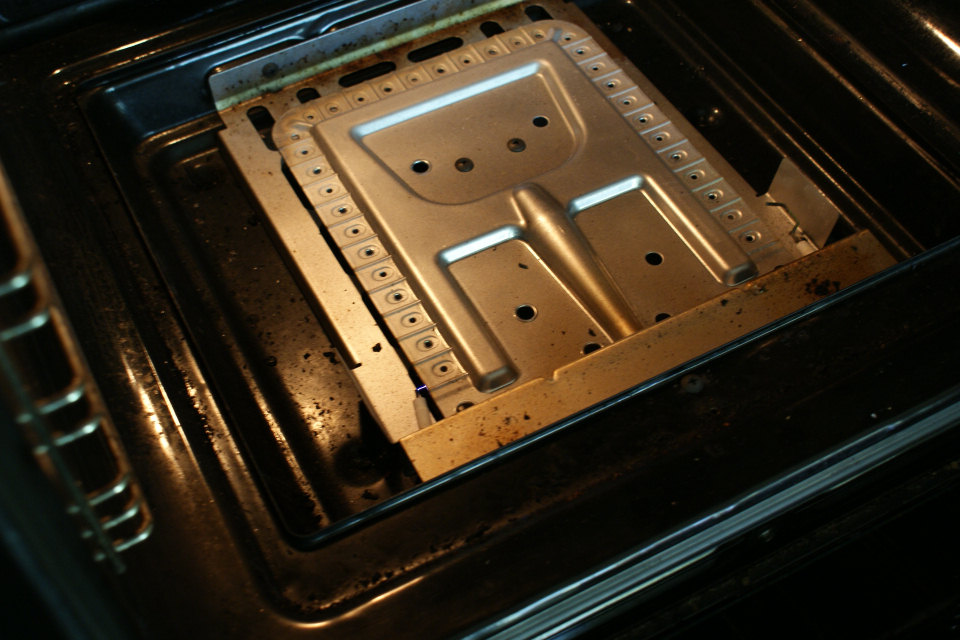 In the picture above, you can see a spark travelling from the ignition probe to the gas burner. The other white probe you can see to the right is a flame rod. You can check the flame rod is clean but otherwise, it isn’t the subject of our interest. It is part of the flame rectification circuit which is how the oven knows if gas is burning or not.

If the orange oven light comes on but you don’t hear sparks :
For some reason the electronic ignition module in these ovens fails over time. Perhaps the engineers at Westinghouse consider it a success to design something that fails outside the warranty period but the rest of us consider it a failure (among other things). If your oven is not making sparks like it used to then you need a new ignition module.

The old style 476
Now concerning the old what I call glow-plug style ignition system on the older 476 ovens; basically if you are unfortunate enough to have one of these, I only have bad news for you. I had one of these myself. I received it as payment for a failed repair attempt and the story goes something like this;

Friend says to me I bought a part for my oven because it won’t light can you come and install it? No problem I go around and install the new glow plug / ignition element (whatever you/they like to call it – I like to modify Shakespeare here and say this; “that which I call a glow plug by any other name is equally as worthless in an oven with such an obscure ignition system”). With optimistic anticipation we reassemble the oven and turn the dial to the go-you-good-thing position. That the original glow plug needed replacing is without question because the thing was clearly melted in half but after installing the new one, the good thing didn’t go.

My friend had the wisdom to resist the temptation to replace the main burner gas solenoid valve and bin the oven. In my youth I was sure the solenoid could be replaced and this thing would bake cakes again so my friend says okay well you install my new oven for free and you can have this here oven for free. I installed his oven for free and spent $170 on a new solenoid valve and it still didn’t go. I spoke at length with an electrical engineer and tried to understand the quality of the power being supplied to the system and while I could easily test voltage I couldn’t as easily test current. To this day I don’t know why the ignition system wouldn’t work despite having the correct voltage, a new ignition element and a new gas solenoid. The oven made its way to the scrap yard with $200+ worth of new parts in it – a situation I wouldn’t dare expose somebody to by recommending they replace any part of that ignition system so my advice is bin that *&^$#% thing and get a new oven. Westinghouse abandoned that ignition system fairly quickly and has since used electronic flame supervision. 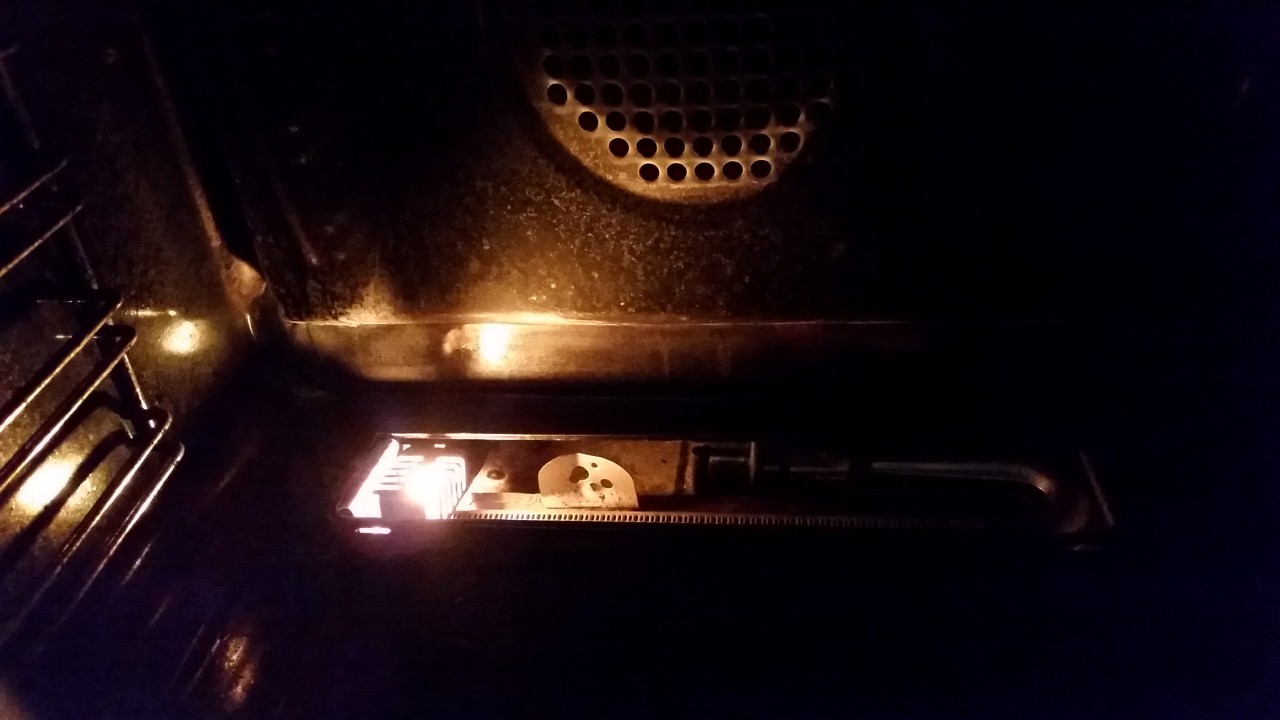 The old 476 Ignition element glowing like it should – but the oven doesn’t light. It even looks ominous.

If this article has helped you, please like it and share it.
If you need to know something else, feel free to ask a question in the comments below.