How to fix a blocked kitchen sink drain 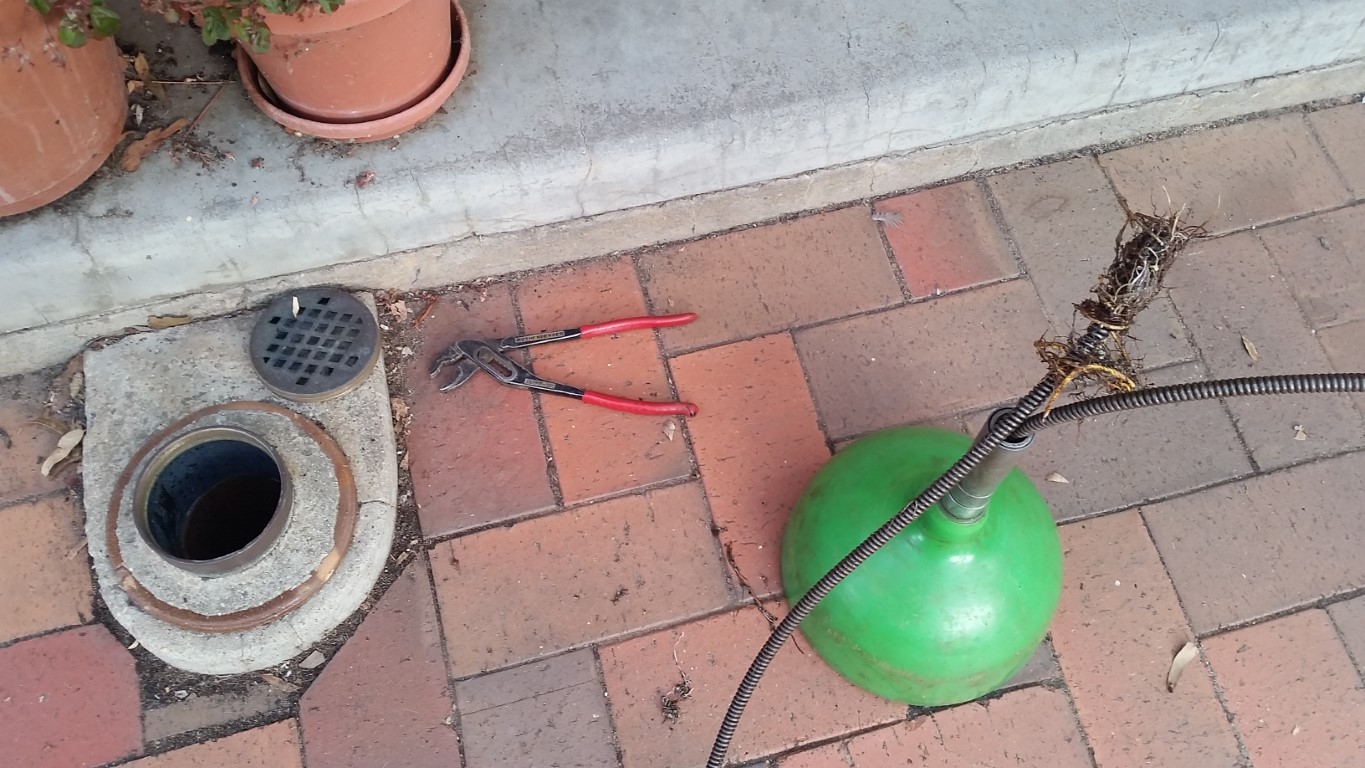 The first step in trying to remedy a blocked sink is to try plunging. Sometimes plunging will only serve to push down the water that is sitting idle in your sink. Sometimes it will temporarily improve the flow of the drain. Sometimes it will work a treat and other times it will be completely unsuccessful. If plunging doesn’t give you the result you want, you’ll want to empty your sink before trying step two.

The second step to try is to remove the trap and clean it. This step will very often require you to purchase replacement rubber seals for the trap. You won’t know for sure if you need them or not until a seal breaks or you notice one or more rubber seals won’t stop leaking when you put everything back together. If you can have trap rubbers on hand before you start you won’t get caught out. You will need 40mm trap rubbers for a basin and 50mm rubbers for a kitchen sink. Laundry tubs usually have 50mm traps but I’ve seen a fair few with 40mm traps under them and some old school laundry tubs have no trap under them at all. 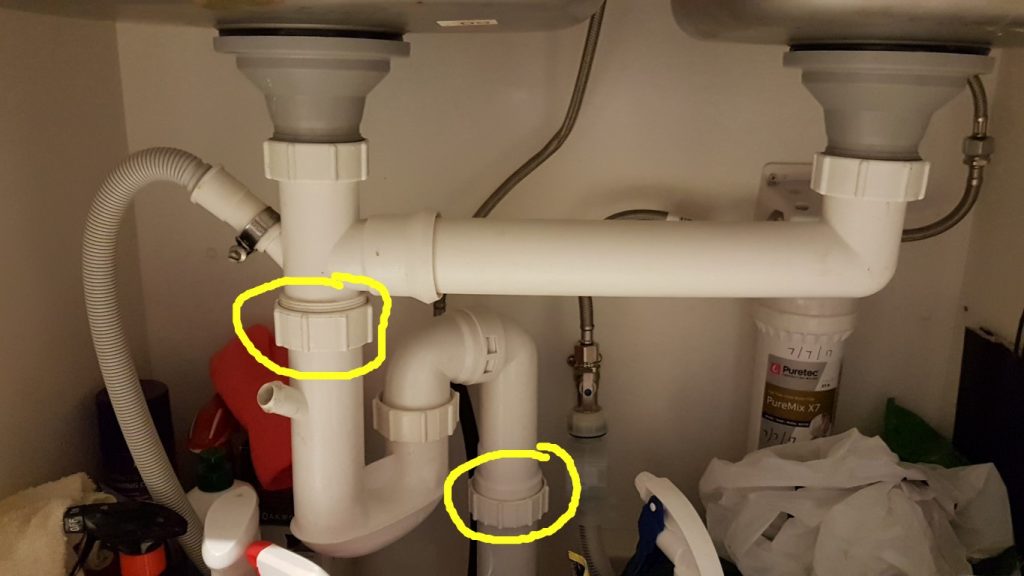 To remove the trap you need to undo the two nuts circled in the photo above. Do not undo the nut between those two nuts or you will get wet. It’s advisable to have an empty bucket nearby when you remove the trap because you will need somewhere to spill the water held in the trap. One time when I was an apprentice I removed a basin trap then stood up in the middle of the bathroom looking around for somewhere to empty it. The only place that looked any good was the basin. The same basin that I just removed the trap from. That didn’t work out very well for me and I never did it again.

If your trap is obstructed you’ve probably found your problem. Clean it out and put it back together, then test it by running the hot tap. If the drain flows nicely then you only need to check that your trap isn’t leaking and you’re done. If your drain is still blocked you’ll need to get yourself some hardware for the next step.

Step three requires you to have a 6mm drain auger. The pic below shows a fancy Ridgid one but you can get simpler ones from the hardware store for less than $50. 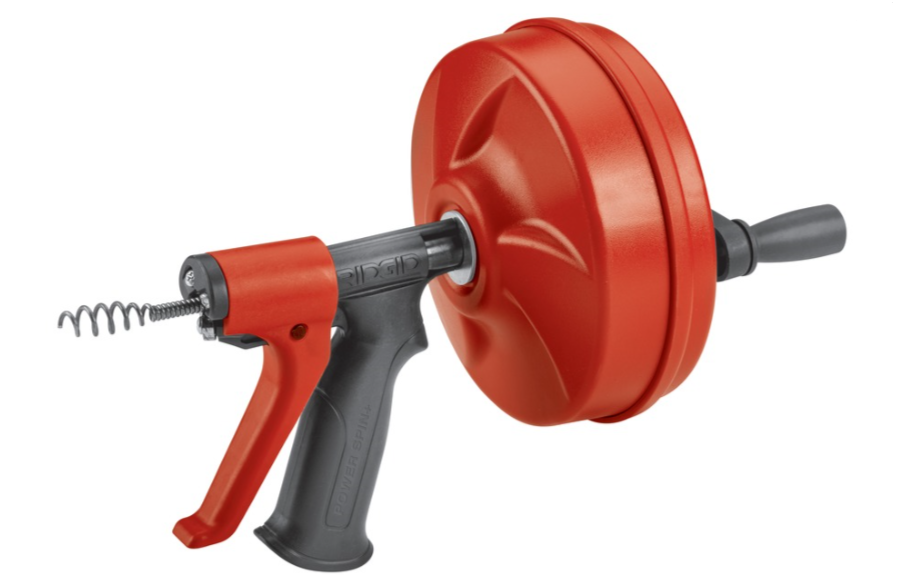 Remove the trap under your sink and feed the drain auger cable into the drain. Spin the cable clockwise as you feed it and continue until you feel an obstruction. The cause of blockages in small drains is usually tree roots, but it can also be grease in a kitchen drain, or sludge in a basin drain. Assuming you hit tree roots, pull the cable out of the drain and hope that you got a good purchase on the roots and they all come out in one big bunch. 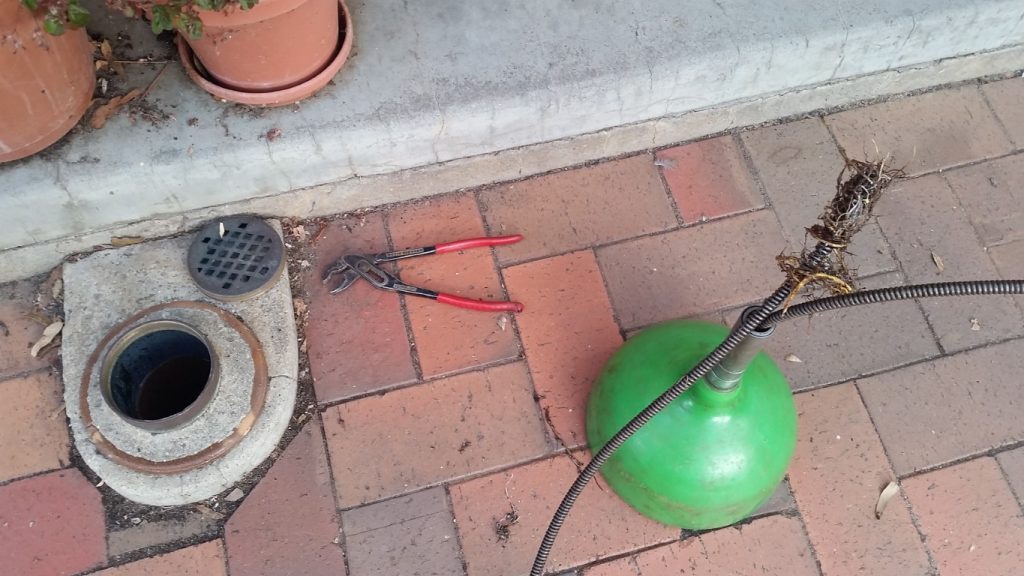 If these steps haven’t succeeded to unblock your sink drain, you very likely have a stubborn blockage which will require specialist equipment to unblock. If you’re in Adelaide, give me a call on 0408 115 455 to make an appointment to clear the blocked drain for you.